What is your area of emphasis?

As a postdoctoral scholar supported by the National Science Foundation, my work builds upon the field of household finance. Under the supervision of Vicki Bogan, my current work examines the link between household financial status and health.

My doctoral training was in economics. The title of my dissertation was “Essays on the Stratification in Wealth in the United States.” I offered these essays as a contribution to our understanding of wealth accumulation, reproduction, and inequality, with a particular focus on race.

This contribution was informed by an analysis of the structural factors of wealth, including the role of intergenerational family connections and financial lending institutions.

Why is this work important?

In offering these essays as a contribution my work related to and contradicted two myths surrounding wealth accumulation and credit and asset markets. 1) The myth of the American Dream, the idea that someone can start from the bottom of the economic ladder and work their way to the top. My first two chapters pointed out that persistent wealth inequality contributes to limited social mobility. More, if you make it into the middle class yet have family members that face economic hardship this can undermine accumulation/social mobility and fuel the wealth gap. 2) The myth that access to credit is open and fair if you meet certain qualifications. My third chapter, coauthored with Samuel Myers Jr and Won Fy Lee, provided evidence of lending discrimination in the Twin Cities Metropolitan Area.

What inspired you to choose this field of study?

I am an accidental economist. I had never really planned to study economics. As an undergraduate I went to a Catholic private liberal arts college where I became familiar with St. Thomas Aquinas and other philosophers that discussed early economic issues. I was, however, really interested in environmental challenges and social movements. I received a calling to study economics from several mentors. Phil Sandro, whom I met at an off-campus urban studies program, encouraged me to earn the doctorate in economics. He encouraged me to study the original framers of economics (Adam Smith, David Ricardo, John Stuart Mill) and to gain an understanding on a central concern of those early economists, which was the evolution of the economy (i.e. the rise and shortcomings of profit) and how the economy reproduces itself. He inspired me to work in the vision that is encapsulated by Robert Heilbroner’s book called The Worldly Philosophers: The Lives, Times and Ideas of the Great Economic Thinkers.

Further encouragement came when I met Darrick Hamilton of the New School for Social Research and Samuel Myers Jr. of the University of Minnesota. They are both trained in economics and use the tools of economics (history, theory and econometrics) to understand and address pathologies in the economic system, including intergroup inequality. I was very much inspired by this model of a contemporary economist. I have modeled my career after them, offering scholarship on some of the most pressing economic topics of my time, including staggering levels of affluence, dispossession, and financial fragility.

How has your background influenced your scholarship?

My grandparents were part of the Great Black Migration from the south to Chicago. I myself along with my mother, cousin, and aunt were part of another migration, this time from Chicago to the Upper Midwest, settling in Minneapolis, Minnesota.

Like many other families we were attracted to what was colloquially called the ‘Minnesota Way.’ The ‘Minnesota Way’ is the notion that residents of Minnesota share a long and proud progressive tradition, a tradition where the state is seen as a national leader in work for equity and inclusion, a state where most strongly value equality of opportunity and want a community that is just and fair. This is considered to be the way! 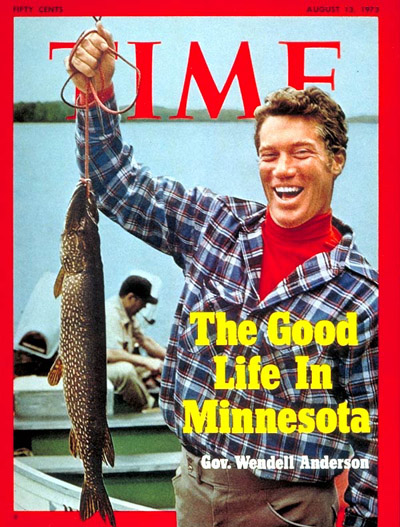 As evidence, in 1971, the state legislature and the governor passed the Omnibus Tax Bill. This catch all tax bill expanded tax rates in the areas of the corporate farm tax, the personal income tax, and the sales tax on liquor, beer, and cigarettes. In doing so, the new revenues were used to substantially support public education, fundamentally reducing the per pupil spending disparities between school districts with wealthy tax bases and areas with poorer tax bases. This is why the omnibus tax bill became dubbed the “Minnesota Miracle.” By 1973, Governor Wendell was prominently featured on the cover of Time magazine, representing a national symbol of a lawmaker that promotes the good life in Minnesota.

This background of promoting inclusion in the good life, being aware of the social and material wellbeing of people, and the double migrations of my family may have brought the issue of family generations and mobility to the forefront of my scholarship.

What else has influenced your thinking as a researcher or scholar?

A source that has influenced my thinking on the structural forces that reproduce hierarchy and drive group-based disparities comes from an emerging school of economic thought called stratification economics, developed by William Darity Jr., Darrick Hamilton, and James Stewart.

As I become more drawn to health economics I find that I am gravitating to Adam Smith’s Theory of Moral Sentiments (TMS) written in 1759. I also find that I keep returning to his book called the Wealth of Nations (WN) which was published in 1776. I have very much profited from Jacob Viner’s discussion of the role of sympathy and care in TMS and self-interest, the famous “invisible hand” in WN.

Meanwhile, the seminars in health economics, health behaviors, and disparities and the seminars on finance at Cornell have also been key sources of intellectual nourishment.

I understand that you’re in the 2017-2018 cohort of the NextGen Professors Program. How did you find out about this program and what inspired you to apply?

I found out about this program through Christine Holmes, director of the Office of Postdoctoral Studies. Eagerly, I applied because the NextGen Professors Program seeks to fill a gap in the preparation of first generation college students and underrepresented scholars from many disciplines before they embark on tenure-track academic positions.

What do you hope to learn and achieve in your time with the NextGen Professors Program?

I hope to compile all the outstanding resources and tools that will be handy for preparing for tenure-track positions and thriving in an academic environment.

Why did you choose Cornell to pursue your postdoctoral training?

The Institute for Behavioral and Household Finance (IBHF) is the appropriate place for me to generate new knowledge as a postdoctoral fellow. The IBHF is a research center located in the Dyson School of Applied Economics and Management. Vicki Bogan, director of IBHF, is at the forefront of exploring topics on household finance as society advances in age or as family members in the household experience health emergencies or the need for care. The themes of household wealth and family obligations complement my current research. The aspect of health, however, is a critical component that greatly augments my research.

What’s next for you?

I am looking forward to strengthening my current research portfolio, attending seminars, making presentations, and broadening my professional network—all the steady work of being a postdoctoral fellow.

I am also looking forward to more snow coming to Ithaca. As I said before, I grew up in Minnesota. The state is also known as Minnesnowda.

Any advice for current graduate students?

Browse. When you need a break from your studies or writing your thesis just get up and browse the stacks of the library or bookstore. You never know what treasures or sources that you may find that will help you push your current project forward.

Interview by Sally Kral, communications and outreach assistant in the Graduate School