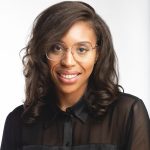 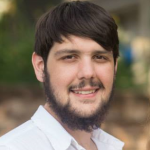 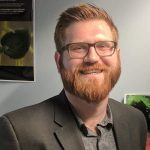 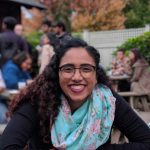 Five Cornell doctoral candidates have been selected for induction into the Cornell chapter of the Edward Alexander Bouchet Graduate Honor Society.

“Our Bouchet scholars were scheduled to be inducted into the society at the annual Bouchet Conference at Yale in April. Unfortunately, the induction ceremony was canceled due to COVID-19,” said Sara Xayarath Hernández, associate dean for inclusion and student engagement. “Still, we honored and celebrated our five newest scholars during the 2020 Graduate Diversity and Inclusion Awards and Recognition Celebration on June 12.”

For Grayson, becoming a Bouchet scholar and earning her doctorate are accomplishments she shares with those that preceded her, including her ancestors who were taken and enslaved to work the plantations of the South. She states, “It’s never a degree just for you when there is over 400 years of oppression and anguish suffered by those who came before you. It’s for everyone who suffered for you, died for you, endured for you, lived for you, and raised you!”

For McMullen, becoming a Bouchet scholar means broadening his network of colleagues committed to diversity initiatives and creating more equitable spaces within academia.

“As a queer-identifying individual and a first-generation college student, continuing in academia for me means creating more inclusive spaces for all backgrounds and identities, which are spaces that I have not always had during my academic career thus far,” he said.

For Uribe, being a Bouchet scholar is “an immense honor.” Having worked through college and graduate school to develop her CLASS traits and skills – character, leadership, advocacy, scholarship, and service – the recognition reinforces her commitment to help others follow their dreams and access opportunities like those she has had.

Yale and Howard universities established the Bouchet Society in 2005 to recognize the life and academic contributions of Edward Alexander Bouchet, the first African American to receive a doctorate from a U.S. university. He earned his degree in physics from Yale in 1876. Outside of the society’s founding universities, Cornell was among the earliest universities to establish a chapter of the Bouchet Society, inducting its first members in 2006.

A version of this story also appeared in the Cornell Chronicle.