Understanding the Origin of Life 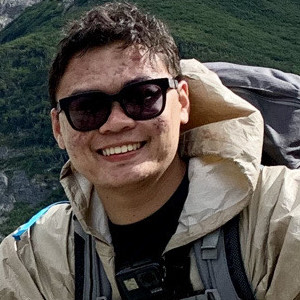 Ngoc Truong is a doctoral candidate in geological sciences from Hanoi, Vietnam. After attending the University of Science and Technology of Hanoi as an undergraduate, he chose to pursue further study at Cornell due to its tradition of involvement with spacecraft missions. Truong’s recent research on volcanic activity on Venus was picked up by numerous news sources, including The Atlantic.

What is your area of research and why is it important?

I study the geophysical evolution of planetary bodies in the solar system and beyond to understand which conditions make them habitable (or not). Currently, my field sites are the subsurface ocean of Enceladus and Europa, the two icy moons of Saturn and Jupiter. I use noble gases to trace the hydrological properties and constrain the lifetime of Enceladus’s ocean, which is critical to assess whether this small icy moon is inhabited. I also work on comet 67P and Venus – our mysterious sister planet. Unlike the long term paradigm, many people now think that Venus may still be recently volcanically/tectonically active.

What are the larger implications of this research?

The larger implications are understanding our own planet and the origin of life. We can’t go back in time to see the first fossils on Earth but we can test those ideas at other natural laboratories in our solar system. Enceladus, for example, has hundreds of “Cold Faithful” geysers like the Old Faithful in Yellowstone, instead erupting gases and ice grains from the subsurface ocean. We think that hydrothermal activity is still ongoing and whether or not life is there, we will learn something new about how life originated on our planet.

You were an author of “Volcanically Extruded Phosphides as an Abiotic Source of Venusian Phosphine.” What do you imagine are the larger implications of this study?

Rather than biology, our results advocate for an abiotic way to produce phosphine and suggest a roadmap to assess the level of volcanic activity on Venus. The first step is obvious: re-assess the phosphine observation. In a broader term, there are many unknowns about Venus; among them is the interaction between volcanic outgassing and the lower atmosphere/clouds – a key to understanding climate evolution and how such a planet similar in size and mass as Earth became so different from our planet. We should prepare to be surprised once we go back to Venus with new spacecraft missions!

This research was picked up by numerous additional news sources. How do you feel knowing your research is making an impact?

It’s a great pleasure but also a bit surprising; in my life, I have never received such a massive amount of phone calls/messages like that.

What are your hobbies or interests outside of your research or scholarship?

I enjoy watching soccer and outdoor activities. Since I am from Vietnam, I finally experienced a “real winter” (not 50F in Hanoi), so I picked up some winter sports to adapt. Cornell Outdoor Education classes, such as ice climbing in the Adirondacks, were memorable experiences!

Why did you choose Cornell to pursue your degree?

Cornell has a tradition of faculty/staff/student involvement with spacecraft missions as well as the strong connection between the fields of geology and astronomy with many notable planetary scientists and astrophysicists such as Carl Sagan, Edwin Salpeter, etc. As an earth and atmospheric sciences student working in the Space Sciences building, I also enjoy a lot of interesting discussions with other grad student friends in both fields. They are smart and usually ask questions that help me to learn something new.