It was late September when Cornell’s Fulbright adviser, David Holmberg, learned that six of his advisees had won Fulbright-Hays Doctoral Dissertation Research Abroad (DDRA) fellowships from the U.S. Department of Education. This was out of just 100 fellowships awarded nationwide.

Unfortunately, Holmberg also learned that the winners had three days to submit their signed paperwork or they would lose their awards. 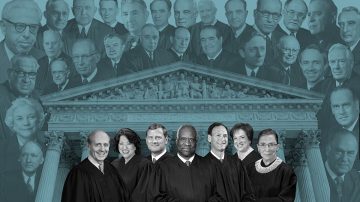 The maelstrom surrounding the nomination and subsequent confirmation of Brett Kavanaugh to the Supreme Court was to be expected, when one justice’s vote could change the country’s moral compass for generations. But looking at the high court over a period of decades, have political leanings been its strongest barometer?

No, says Eddie Lee, doctoral student in physics, who applied a statistical physics model for magnetic behavior to a “Super Court” of 36 Supreme Court justices over seven decades. What Lee found was that consensus dominates the court, and strong correlations in voting far outlast any one justice or court.

Read the Chronicle story on the ‘super court’ 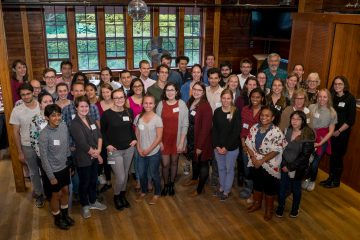 New and current awardees of the National Science Foundation’s (NSF) Graduate Research Fellowships (GRFP) gathered at the Big Red Barn for a reception on Oct. 3. This year’s group of new NSF GRFP recipients consisted of 36 students, adding to the more than 200 NSF GRFP participants already on campus.

Each year, the NSF offers 2,000 fellowship awards to more than 12,000 applicants, providing recipients with three years of financial support within a five-year fellowship period. Each year since 2012, the Graduate School has offered workshops to help students interested in applying for these fellowships. 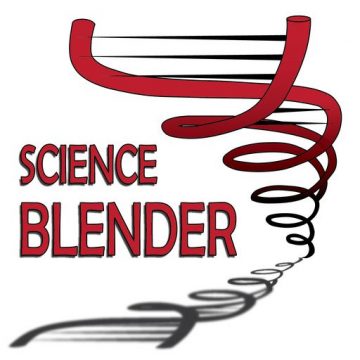 Back in the early summer, a team of graduate students began working on a podcast made possible as a Robert Frederick Smith Initiative from the Smith School of Chemical and Biomolecular Engineering. The mission of Science Blender is to learn not only about scientific advancements, but about the people and stories behind the discoveries.

Since its beginning, the podcast has gotten a lot of press, including spotlights on Cornell websites and inclusion on the Science360 website.

To listen to the podcast, visit the Science Blender website.

Carol-Rose Little, linguistics Ph.D. candidate, used some of her Engaged Cornell Graduate Research funds to put together a Ch’ol workshop with her partners from CELALI over the summer. Little compiled clips of the workshop and created a video in Ch’ol with English subtitles explaining what occurred during the workshop. View the video.

More information on Ch’ol, the Mayan language of Southern Mexico, and the project, Preserving the Ch’ol Language Through Collaboration with Communities, can be found on the Engaged Cornell website student grant description page.