Cornell’s Board of Trustees approved a 3% increase to the graduate stipend rate, effective August 16th of this year. The base 9-month academic year assistantship and fellowship stipend will rise to $27,218, up from the current $26,426. The 12-month assistantship rate, for students who have standard summer RA or GRA appointments, will be $36,291. The 2020 summer Sage fellowship stipend for fellows in the humanities and certain social sciences has also been increased by 3% to $5,735. Students supported on assistantships receive their stipend for an appointment averaging no more than 15 hours per week of service in addition to the academic responsibilities of their degree program. They also receive health insurance coverage and full tuition credit.

For the 10th consecutive year there has been no change to the tuition rates for doctoral or most research master’s programs. They remain at $20,800 and $29,500 for contract and endowed programs, respectively. Tuition for most professional master’s programs will increase by 3.6%. Student Health Plan (SHP) rates are expected to be published in May. 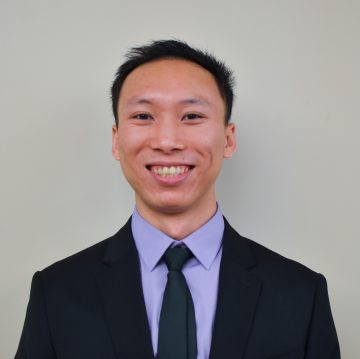 For graduate and international students looking for career advice but not sure where to turn, Caleb Yu is available to help. In January, Yu began a joint appointment between the Graduate School and Career Services as the Graduate and International Student Career Advisor.

In this role, Yu helps students throughout all steps of the career-finding process, from general career exploration to fine-tuning a resume or cover letter. Students are encouraged to schedule one-on-one appointments with Yu to discuss any career-related questions or concerns. In addition to appointments, Yu plans to organize workshops for graduate students throughout the semester.

In just over a decade, the United States went from laughing at Stephen Colbert’s “truthiness” to fighting over Kellyanne Conway’s “alternative facts.” Scientific evidence is a necessary resource in this contentious environment, but to utilize that resource, scientists need to build effective communication skills. ComSciCon-Cornell helps scientists do exactly that, bringing together graduate and postdoctoral researchers from across the Central and Western New York region to learn about and engage in scientific communication.

This past July, a team of six Cornell University graduate students and postdoctoral fellows organized ComSciCon-Cornell 2018 for 40 STEM researchers. The two-day event explored modern digital communication, with special focus on storytelling, socially sensitive topics, and public engagement. On both days of the conference, attendees learned from a diverse group of 20 professional communicators and experts through Q&A and interactive sessions. Concurrently, attendees wrote their own popular science articles and actively engaged with panelists and workshop peers alike for feedback. 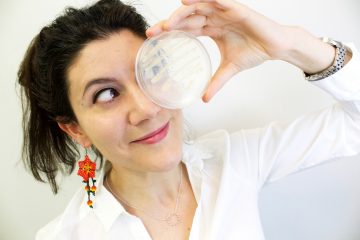 Azul Pinochet-Barros is a doctoral student in microbiology from Madrid, Spain. After double majoring in biology and philosophy at Suffolk University in Boston, Mass., she chose to pursue a degree at Cornell due in part to the microbiology program’s interdisciplinary approach. 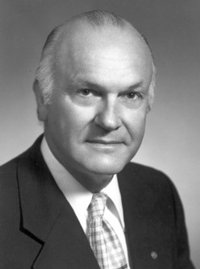 Sometimes the best ideas come to us when we’re not looking for them. And sometimes, today’s failure is tomorrow’s success. That’s the lesson to take away from the life of Harry Coover, Jr., the accidental inventor of Super Glue.

Just to be clear: Coover had a long career, and he made many, many other discoveries and breakthroughs. In fact when he passed away in 2011 at the age of 94, he held over 460 patents, and had just been honored with a National Medal of Technology and Innovation from President Obama. But when you invent a product as ubiquitous and beloved as Super Glue, that tends to be what you’re remembered for. Not that Coover minded. “I think he got a kick out of being Mr. Super Glue,” says his daughter, Dr. Melinda Coover Paul.

Graduate Student Featured in Chats in the Stacks 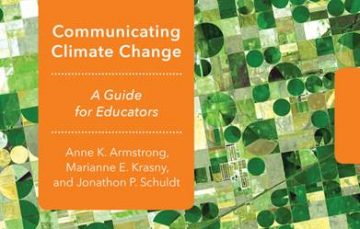 In a Chats in the Stacks book talk, Anne K. Armstrong, Ph.D. student in the Department of Natural Resources (DNR), will present Communicating Climate Change: A Guide for Educators (Cornell University Press), coauthored with Marianne E. Krasny, DNR professor, and Jonathon P. Schuldt, associate professor in the Department of Communication. Armstrong will discuss how to provide educators with tools for understanding the socio-political contexts and complex science of climate change. She will also talk about formulating educational programs in classrooms of all levels to foster both dialogue and action in response to climate change.

This book talk is supported by the Mary A. Morrison Public Education Fund for Mann Library. Light refreshments will be served.