Students at Friday’s TGIF wrote Valentine messages and gratitude cards to express their appreciation, and in some cases affection, to mentors, friends, and family who have supported them on their journeys to and through graduate school. 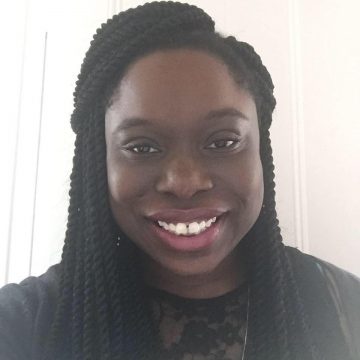 Ibukun Owoputi is a doctoral student in nutrition from Pittsburgh, Pennsylvania. After earning a bachelor’s degree from Case Western Reserve University in Cleveland, Ohio and a master’s degree at Tufts University’s Friedman School of Nutrition Science and Policy in Boston, Massachusetts, she chose to pursue further studies at Cornell due to its variety of opportunities. 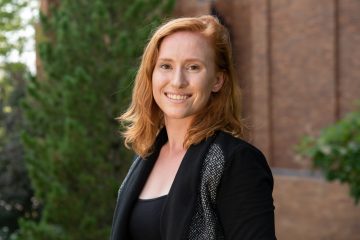 In November 2019, soil and crop sciences doctoral student Morgan Irons received the Ken Souza Memorial Spaceflight Award from the American Society for Gravitational and Space Research (ASGSR). The award honors the memory of Mr. Ken Souza, a leader and pioneer in space biology. The award goes to a student pursuing space, life, and/or physical sciences who is dedicated to science communication. Irons was honored to receive the award from Mrs. Souza and Erika Wagner of Blue Origin at the ASGSR awards banquet dinner on November 23. As the awardee, one of her research experiments will be a payload on a New Shepard rocket flight this year (2020). The payload will be a soil microbiome experiment that looks at the effects of launch and return on the soil physiochemistry and on microbial population dynamics and activity. This experiment will provide supporting data for another space, soil science experiment she will be performing later this year, the details of which are to be announced.