She wrote 11 novels that explored and illuminated the black American experience, including “Beloved,” which won the Pulitzer Prize in 1988, and “Song of Solomon,” which received a National Book Critics Circle Award in 1977. She also wrote “The Bluest Eye,” “Jazz,” “Sula,” “Tar Baby,” and “Paradise,” as well as children’s books and essay collections. In 1993, Morrison became the first African American woman to win the Nobel Prize in literature. 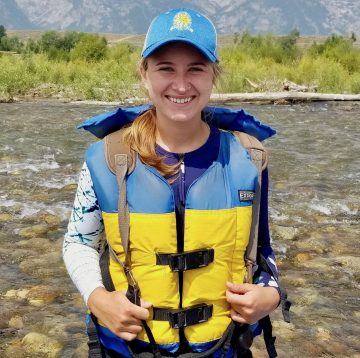 Colleen Miller is a doctoral student in ecology and evolutionary biology from Green Bay, Wisconsin. After earning her bachelor’s and master’s degrees at the University of Wisconsin-Madison, she chose to attend Cornell due to its network of researchers in ecology.

NIFA recently awarded 75 Predoctoral Fellowship grants that support graduate education in agricultural related disciplines. These fellowships will develop new scientists and professionals to enter research, education, and extension fields within the food and agricultural sciences. The aim of these grants is to cultivate future industry, government, or academic leaders who are able to solve emerging agricultural challenges of the 21st century. These grants are a part of NIFA’s Agriculture and Food Research Initiative – Education Workforce Development. 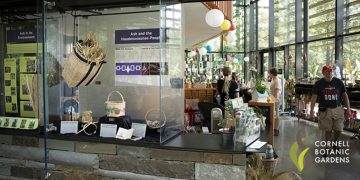 The emerald ash borer, an invasive wood-boring insect, has killed millions of ash trees in North America since the insect arrived in the United States in 2002. This exhibit showcases how this invasive pest has upset the intricate relationships ash trees have with the world around them, how the loss of these trees has impacted Haudenosaunee communities, Indigenous people to this area, and the efforts to prevent further loss of ash trees. Learn about the pest, its destructive path, the ecology of ash forests, and how ash is a key element in Haudenosaunee basket making.

The exhibit was created by Bailee Hopkins-Hensley, a recent graduate student who earned her M.P.S. in public garden leadership. Learn more about the exhibit.

Graduate student Joseph Cammarata published a paper that summarizes the current status of research in signaling pathways in plants, showing major plant hormones from different species (mustard family and moss) have synergistic effects on root development, but opposite effects on shoot development. Read the paper.