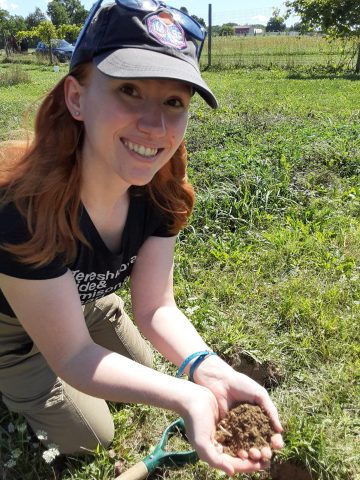 Morgan Irons is about to help make space-exploration history – and all she needed was a shovel and some dirt.

Irons, a doctoral student in soil and crop sciences, will see the soil she scooped from a Cornell farm organic plot launch into space on the evening of Sept. 29. It will hitch a ride aboard a resupply mission bound for the International Space Station (ISS) – orbiting about 254 miles above Earth.

On the space station, researchers have used hydroponic planting systems, seeds placed in engineered growth media, and highly modified, mineral soil, said Irons, but this experiment will be different. “This would be the first time that natural, unmodified Earth soil and engineered biochar soils have been brought up to space,” she said. 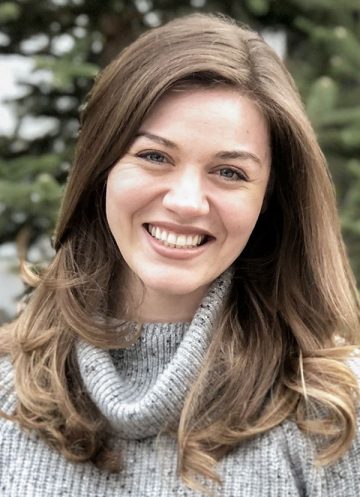 Food banks in New York state and nationwide – which help to keep struggling families from going hungry – have faced increased pressure since the spring, when COVID-19 erupted in the United States.
While poor economic indicators for the state’s food pantries show no sign of easing, food insecurity can be blamed on unemployment economics rather than on coronavirus hot spots, doctoral candidate Anne Byrne said in testimony Sept. 9 before the New York State Legislature.

In research conducted by Byrne and David Just, the Susan Eckert Lynch Professor in Science and Business at the Dyson School of Applied Economics and Management, they found that demand for food bank services followed in areas where unemployment rose, not necessarily in the places where COVID-19 cases were high, she told the New York State Assembly hearing on food security.

If you are a student-parent, funds may be available to support you! Visit the Students with Families website for more information. 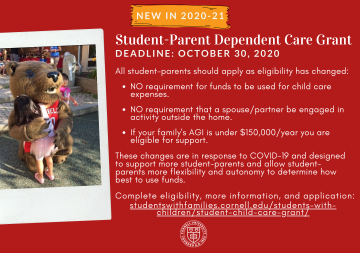 The Center for Teaching Innovation (CTI) is pleased to announce a new pedagogical resource for all instructors: the Teaching at Cornell Guide.

Excellence in teaching is both interdisciplinary and discipline-specific. In this guide, we introduce strategies and resources anchored in evidence on how people learn as well as best practices developed through discipline-based education research.

As part of a continued orientation experience, the Graduate School sponsors a special seminar series for first-year graduate and professional students where students gain valuable information and skills for a successful transition into graduate school. Recordings of this year’s sessions are now available to all graduate students through the Orientation Hub. 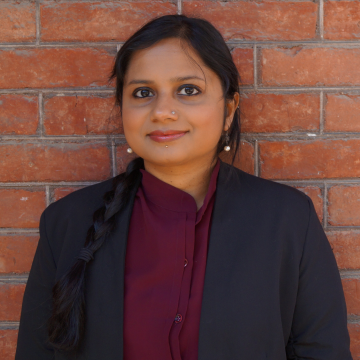 Yagna Nag Chowdhuri, Ph.D. ’20, is a recent alumna of the Asian literature, religion, and culture program at Cornell from which she holds a Ph.D. Now, she will be starting a new position as Manager of Strategic Research at Asian Cultural Council in New York as a Mellon/ACLS Public Fellow.

Interested in what other alumni have accomplished since leaving Cornell?

Check out our alumni spotlights, Q&As with former students about their current work, experiences, and skills learned at Cornell. 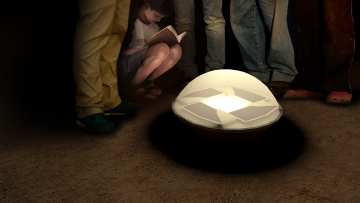 Design and environmental analysis students Michael Darfler, Patricia Heye, and Hannah Bidigare-Curtis were selected as Biomimicry Global Design Challenge finalists. Their design is a community-focused lighting solution, called ELIGHTRA, that was inspired by the wings of a ladybug.

Doctoral Student’s Experiment to be Launched to International Space Station

Morgan Irons, a doctoral student in soil and crop sciences, has a soil microbiome experiment being launched to the International Space Station on September 29. Morgan seeks to understand the effect of gravity on microbial dynamics and organo-mineral stabilization mechanisms in soil aggregates.

Learn more about the project on the NASA website or in the Cornell Chronicle.

Ashoke Bose presented a paper, entitled “Healthcare without Health Insurance: A Peer to Peer Healthcare Payment Platform”, at the second Longdom Conferences Healthcare, Health Economics, and Policy webinar on August 31, 2020, based out of London, U.K. This paper was based on his capstone project for the executive health administration program. 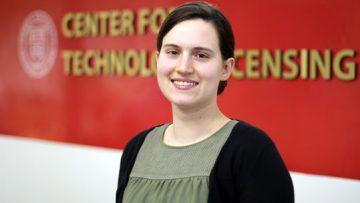